Skis were regularly conducted by Scandinavian farmers, hunters and warriors

The history of modern skiing began in the eighteenth century. Skis were regularly conducted by Scandinavian farmers, hunters and warriors throughout the Middle Ages. The present form of skiing started from 1990 by Elan and Kneissl after building the prototypes of deep-side-cut-shaped skis. It is commonly known as downhill skiing due to the sliding down from top of hills. Nowadays, skiing is popular for both sport and tourism sectors all over the world.

As an adventurous sport skiing is also popular in the field of tourism. Climbing the mountain peak on foot and coming down by skiing is a good way to get thrills and adventure. For professional skiers, there is no thrill beyond skiing off-piste in the Himalayas and Karakoram. Nobody can describe in words the adventure of skiing on high altitude.

While Japan, South Korea, China and other Asian countries have been investing more on ski-tourism lately, Pakistan has a lot of potential for ski-tourism as the country is home to numerous snow-capped mountains. Out of 14 eight thousand high mountains across the globe, Five are situated in Pakistan. Geographically and physically, Karakoram is the best destination for high altitude ski-mountaineering. Different researches have already shown that Karakoram Pakistan can be the leader of high altitude skiing in the world.

The Deosai Plateau, known as the second highest plateau in the world is located at the boundary of the Karakoram and the western Himalayas. Deosai Plains at no point it is less than 4142 meters above sea level. It remains covered with snow for 6 months. The rest of the year, it hosts a range of beautiful flowers of all hues and colours, but not a single tree is found in this plateau spread over 3000 sq. km. It is a beautiful summer pasture with greenery and countless species of fauna and flora. Apart from fairies, this plateau is the habitat of the greatly threatened Himalayan Brown Bear and many other wild animals. Although few people will see a bear, quite a few are said to make their homes in the heart of the plateau. 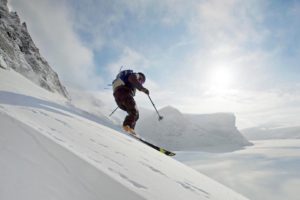 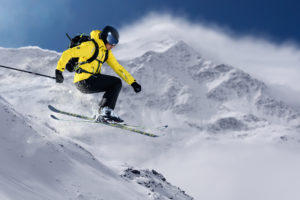 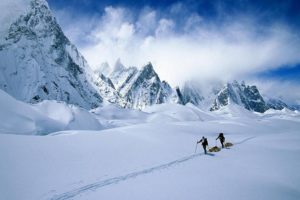